ATLANTA - AUGUST 13: Manager Joe Torre #6 (L) and coach Don Mattingly #8 (R) of the Los Angeles Dodgers watch the action on the field during the game against the Atlanta Braves at Turner Field on August 13, 2010 in Atlanta, Georgia. The Braves beat the Dodgers 1-0. Torre retired from his managerial post after the regular season, and will be replaced by Mattingly.(Photo by Mike Zarrilli/Getty Images) *** Local Caption *** Joe Torre; Don Mattingly 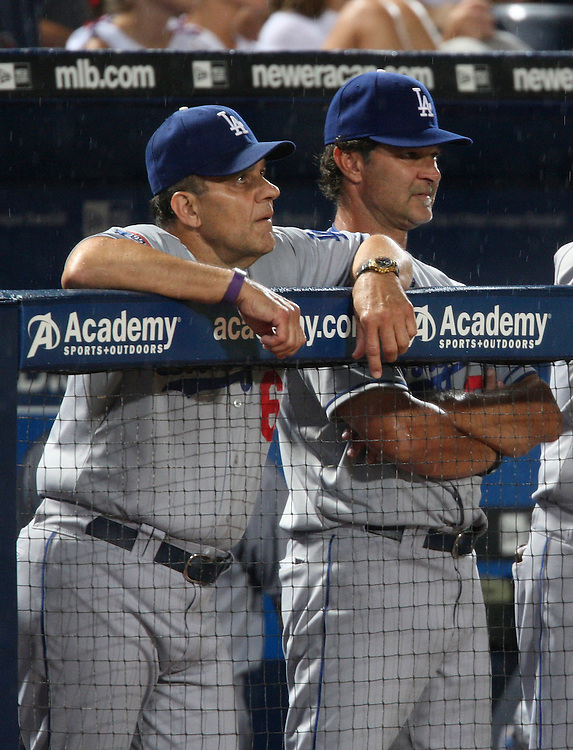